all this is rough translation share by hiedi (@nhb19).please take out with full and proper credit to her.thank you ^^

~Regarding her English skills~

“Actually I had a meeting with Disney Asia and I’d been asked about this and that by the staffs. Hobbies, favorite foods, music etc… Without interpreter, what was I supposed to do? Even though I stammered, everyone seemed to understand what i was saying.” (Laughed) In fact,her ‘casual’ mentions in her twitter is noticeable/ stands out, when she clearly answered her overseas fans mentions in English. Because she was paired with Leeteuk in We Got Married, many overseas fans visit her twitter, so now her twitter fans has increased dramatically. “Thank God, they understand me even if my grammar was off. It’s still amazing to me that there are fans who like me locally (in Korea) but to be greeted/welcomed first by abroad fans is like getting a great strength,” she smiled.

“Eventhough I was active indeed in drama club during my high school years, my mother didn’t like it when I would like to further study in film & theater course/department when I attend for college. You know.. (maybe) someday I would come to my senses and go to the original path. It was my mother’s dream to see me become a teacher and married to a teacher you know. Now my mother is still monitoring me and nagging about this and that.” (Laugh)

Kang Sora stated that she gained weight up to 70kg before because of her love for bread. She then determined to lose 20kg out of it in order to show to her parents her strong willingness to involve in acting job. Therefore she has been recognized as ‘strong-willed chick’. Even now too, her chubby cheek is still the most stressful thing to her. “If only this (my cheeks) disappear, I think I’ll be able to fly to the sky,” she wrapped her cheeks.

“Vaguely from childhood, because (I thought) I’ll be alone on my own (independent) someday, I want to create/lead my future path quickly and I want to give something to my parents to repay them. Therefore, my sense of responsibilty grew. I don’t come from a wealthy lineage/family, so I thought that I need to contribute something to support my parents. Since elementary school, I did some part time jobs, running errands/chores, that sort of things. Or at least, a *quick watch/monitoring* job at supermarket that I received around 500won per job.”

“I’m going crazy because of my chubby cheeks (fleshy cheeks) to the point it becomes my complex.”

Kang Sora revealed her anxiety about her chubby cheeks.

In a recent interview with Newsen, Kang Sora stated “I hope this year’s wish to loose a bit of cheek fats will succeed. I’m going crazy because of my chubby cheeks. It maybe something to be envied by other people but to me it is a complex.”

“When my picture was taken, I want it to be/come out as a little edgy, but my eyes are round, my nose is round and even my face is round too. For this year’s target, I’d go on a diet to loose some of its fats, but strangely I couldn’t get rid the chubbiness ot of my cheeks. Look into my eyes when I’m talking about it right now, you’ll see how fervently I’m hoping for it,” she said.

It may sound like an absurd remarks to someone who hear this, but to other people such as actors and actresses especially, it is somewhat a thing to be concerned enough for them that they can relate to. To directly stated/revealed about her 168cm height and her over 50kg weight at the early age of 20s, her downright frankness about it, is actually her charm. She is outspoken in telling us about her complex but somehow it makes her posses somewhat a pleasant side/disposition within herself. Actresses are fated to be always on diet but she doesn’t bind herself to the norm. Her style is when she should eat, she just eats, when she needs to control, then she firmly controls what she eats.

-Filming ‘My Pavarotti’ movie together with actor Lee Je Hoon:

“Almost all of my scenes from the movie, I had to film/shoot together with Je Hoon Oppa. Because I’m his fan originally, it was a pleasant/fun filming for me. At first, I used to think that he was my peers but then it occured to me that there were lots of differences more than I thought/expected.”

Kang Sora is like a favourite doll in which the packaging hasn’t been opened/disassembled yet, so it’s not enough to know what’s retained/stored inside it. Even though she appeared to be an actress who has pure/innocent mind, but in contrast, her true feeling/mind deep down inside appeared to be different. Currently, Kang Sora is worrying intensely about her acting career and she’s having a self-doubt, fighting with her own self over it that much, and thus she is now suffering from insomnia.

“I think the problem came up during/around the 3rd year. I started to doubt myself a lot, and keep thinking what am i going to be/do next and whether the road I’m taking right now is the right path. I have these kinds of worries. I think I’m having a stagnant period lately”

For most people (public figure), their life in society start after the 3years has passed. At that time you probably will feel helpless and worry about your career or life, and the doubts about yourself will increase too. It is the same for Kang Sora too. To think and get concern over of all these things at the age of 23, it is such a pity to her young manhood/youthlife.

“If there’s no difficulties in between, I guess it would be so uninteresting life to live in. It seems I might not know how to solve/handle stress. I can’t go to the club, I never drink a lot of alcohol and I haven’t had any experience to go to any meetings or blind dates, like my friends do. If I turn and look back into my life, I couldn’t even meet my friends that much, and I think I became isolated, the thought suddenly occurred to me. ‘What are the necessary things needed by this human Kang Sora’, ‘What are the other supplement things that she needs’, these kind of things came to my mind. Right now, I really don’t know, whether I should be punished/scolded for getting lazy and being idle/indolent, in order for me to move forward and make some progress.”

Kang Sora now is experiencing the growing pains of life a little early compared to her peers but I (the reporter) just simply want to say this words. Portraying/playing the character of the proud and tenacious Merida, Kang Sora too has proved that she possesses those attributes/qualities within herself. I wish Kang Sora will receive the aura that Merida has and I hope her stagnant period will end soon and she will find her liveliness back again in no time. 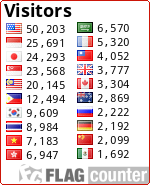